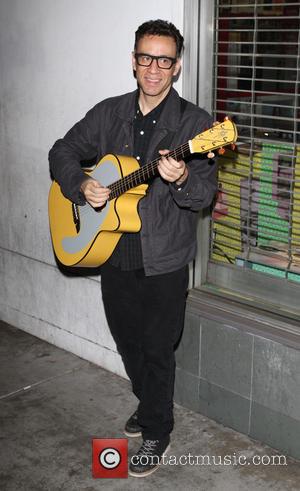 Funnyman Fred Armisen is to direct a new Kings Of Leon concert movie for the American Express Unstaged series.

The former Saturday Night Live star and his team will capture the Sex on Fire rockers onstage during their upcoming Shepherd's Bush Empire gig in London on 9 August (13).

It will be streamed live by YouTube.com and Vevo.com.

The filmed concert will be the 13th to feature as part of the American Express Unstaged initiative, which teams top music acts with quirky directors - Steve Buscemi most recently directed a Vampire Weekend gig, while David Lynch took charge of a Duran Duran show in 2011. The series began in 2010 when Terry Gilliam directed an Arcade Fire streamed set in New York City.