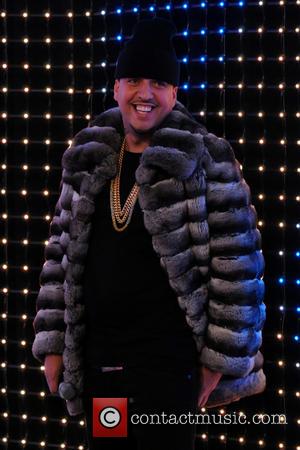 An arrest has been made in the investigation into last week’s shooting, outside French Montana’s tour bus. MTV News reports that a 20 year-old man named Frank Briggs was arrested yesterday (Tuesday March 5, 2013) in relation to the shooting, which killed one man and left another injured. Briggs is accused of opening fire at a crowd gathered outside the rapper’s tour bus, which was parked up outside a Holiday Inn Express last Thursday night. He has been charged with murder, attempted murder, aggravated assault, recklessly endangering another person, violation of the uniform firearms act and related charges.

The shooting resulted in the death of 26 year old Jowann King, a New Yorker. Another man was seriously injured. French Montana, real name Karim Kharbouch has insisted that he was not the intended target of the gun attack. “I feel bad about what happened but nobody was shooting at me,” he told reporters last week. “I don't know, it was just fans ... Something happened outside my bus, but it didn't have nothing to do with me." He has also denied any knowledge of what caused the attack, saying “We had a peaceful show. We was on the bus. Me and Meek [Mill], I was listening to his mixtape. He was listening to my album. Then, we go to the front of the bus. People are just running in… Anything that happen within a 100 block radius, it's my bus… My bus don't have no bullet holes on it.

Two members of Montana’s crew fired back at the car. Police investigated the retaliation and found that both men had permits for their own weapons.