Rapper French Montana Has Assured Fans Funeral Costs For His Slain Pal Chinx Drugz Have Been "Taken Care Of" After The Late Star's Family Launched A Crowdfunding Initiative Online. 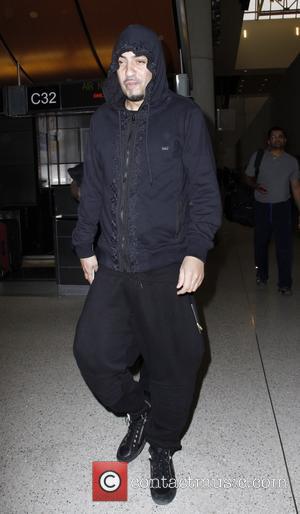 The 31 year old, real name Lionel Pickens, was killed in a drive-by shooting in Queens, New York last Sunday (17May15).

His passing prompted an outpouring of grief from members of the hip-hop community, including Meek Mill, Drake, Jay Z, and Montana, who had recruited Pickens as a member of his Coke Boys group, so fans were surprised when Pickens' family established a GoFundMe.com page to appeal for donations to help pay for his memorial service and other costs.

The news also sparked a social media backlash against Montana, who some fans accused of abandoning Pickens' loved ones in their time of need, but the Ain't Worried About Nothin hitmaker cleared up the controversy in a post on Instagram.com on Thursday (21May15).

Alongside a photo of himself and Pickens, he wrote, "I hate having to address the negativity during this time of grief. It is irrelevant. I pray that everyone would consider that real people lost a real man, friend, brother, father before spreading hateful speech. His funeral is taken care of... My brother is in good hand (sic)... If you don't have nothing positive to say keep it to your self (sic)".

Pickens is due to be laid to rest during a service in Queens on Tuesday (26May15).

The GoFundMe page has since been amended and now states that all money raised will be placed in a trust for his widow and three children. His representatives, who are running the campaign in co-operation with the family, are seeking to raise $100,000 (£62,500) for the cause. More than $8,000 (£5,000) had been raised as WENN went to press.

Meanwhile, police have yet to name any suspects in their murder investigation.