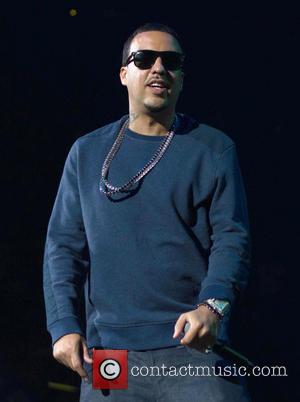 French Montana's rap protege Lil Durk has been denied bail after he was arrested on a felony gun charge in Chicago, Illinois on Wednesday (05Nov14).

The rising hip-hop star was taken into custody during a search of a home in the Orland Hills neighbourhood as police investigated a homicide.

Durk was found standing in the kitchen, where two handguns and live ammunition had been left in plain sight, and was subsequently booked on a charge of unlawful use of a weapon by a felon.

According to the police report, the rapper told cops, "I got those pipes (guns) 'cause motherf**kers always be tryin' to take my bands (money) (sic)."

He appeared before Judge James Brown for a bond hearing on Thursday (06Nov14), and was remanded in custody as the arrest violated the terms of the probation he was handed in August (14) in relation to a 2013 gun charge.

He will remain behind bars until his next hearing on 13 November (14).

Durk, who previously spent time in jail for a 2011 weapons charge, had vowed to stay out of trouble following his August sentencing.