Fun. debuted a new song titled 'Harsh Lights.' Can their next album live up to Some Nights?

The guys in the indie pop group Fun. got a much needed break from ruling arenas, charts, and radio after the cycle ended for their 2012 hitt album, Some Nights. During that time, the band notched a Platinum record, two top ten singles, and even got some Grammy awards to put the icing on the cake. However, despite their mini break, Nate Ruess and Co. weren’t hiding away in seclusion. Ruess hit it big with his features on Eminem’s ‘Headlights’ and Pink’s ‘Just Give Me a Reason,’ keyboardist Andrew Dost went into composing, and Jack Antonoff is in the process of releasing a full-length from his fantastic side project, Bleachers. But, of course, vacations do come to an end -- so where does that leave Fun. when it’s time to get back to business? Actually, they’re off to a pretty good start already. Ruess spoke with Rolling Stone about the beginning stages of the new record, stating "And with this album – and after being on the road for a few years – you can't help but think of how each song is gonna fit. You start thinking about what you're gonna want to play, and what you're gonna want to say." Though a tour may be a distance away, the band clearly thought about what they were going to play last week -- and they decided to play a brand new song.

Fun. made a surprise appearance on The Tonight Show with Jimmy Fallon on Jun 19, where they debuted a new track called ‘Harsh Lights.’ There was no indication on if it’s going to be an actual single in the future, or even a track on the upcoming album at all -- but if they’re looking for some advice, it’d probably be a good idea to make it a single soon. The song sounds absolutely huge, and it’s following the recipe that made Some Nights so captivating. Anthemic in nature, filled with “whoa-oh’s,” and a feel to it that makes it seem like it’s ‘We Are Young’s newly born child. Can the next album be as good as ‘Some Nights’?  [Photo: Getty Images, credit: Brad Barket]

So, what’s this mean for a future third album? Chances are, if you liked Some Nights, you’ll probably find a bunch to love on what’s next to come. Through all of the anthems and the ballads, hopefully there will be some disgustingly sweet pop tracks like Some Nights’ title track, or some goofy head scratchers like ‘It Gets Better.’ Whatever is in store, fans shouldn’t worry. "The pain for me in songwriting is always putting lyrics to things. And so hopefully I’ve got enough firepower. I’ve definitely had enough shit go down in the last few years,” Ruess continued. One of the standout lines from ‘Harsh Lights’? “I'm scared that I'm becoming a satellite on the sadder side of the moon, convinced that anyone stood by my side, now you're on the other side of the room.” Looks like Ruess’ firepower is loaded and ready to go. 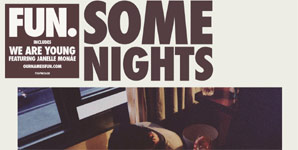 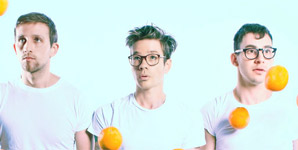