Future Of The Left - Polymers Are Forever EP Review

Review of Polymers Are Forever EP by Future Of The Left

The undersung Future of the Left continue to inspire nonsensical dread with new EP 'Polymers are Forever.' Front man Andy Falco has been excelling at this since his days in Mclusky, pedalling dense, dark lyricisms which terrify and amuse in equal measure. As usual it is his ferocious charisma that overwhelms this EP. But the Mclusky card is overplayed as a frame of reference for FOTL, who have experimented with a greater breadth of musical style and influence than their formers. 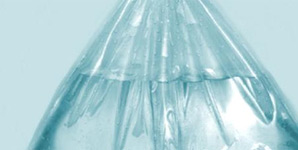 If last album 'Travels With Myself and Another' was a great guitar album, then 'Polymers' reiterates how nicely their racket lends itself to cock-eyed electronica. It's not strictly a new tack for the band; their first album 'Curses' explored similar territory. If anything Polymers feels like a re-grouping for the band, who have a third album, The Plot Against Common Sense, slated for 2012. Leading with 'Polymers are Forever,' the stand out track melodically speaking, it shows what FOTL are capable of when marrying their raw aggression and their musical sensibilities.

It is the righteous anger of kitchen sink observations that have made Future Of The Left the choice for people with a dark sense of humour. The witticisms have not been depleted on 'Polymers', and the acid one liners - 'I like my women like my money in my pocket.' (Emily) and 'Think of us as ready made/Jesus loves a renegade' (Dry Hate) - are still in wild abundance. Never ones to clarify their own rage, Polymers remains the equivalent an entertaining, meandering and hilarious rant from the articulate tramp in the pub car park. How you feel about being on the receiving end of this will probably determine your feelings on FOTL, but it's reassuring for fans that the modern world is still very much sighted through the crosshair. Bring on the new album. 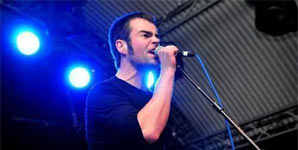 Future Of The Left, Live Review

Future Of The Left - Polymers Are Forever 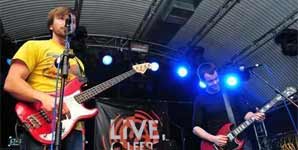 Future Of The Left - The Faversham, Leeds 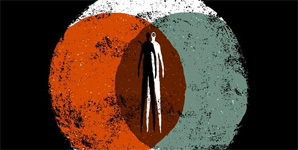 Future Of The Left - Travels With Myself and Another 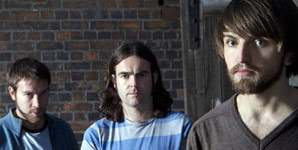 Future Of The Left, Interview