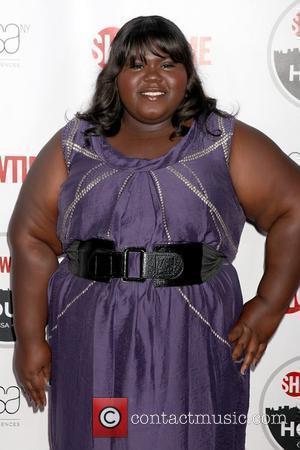 PRECIOUS star Gabourey Sidibe has leaped to the defence of magazine bosses at Elle, insisting they didn't lighten her features so she looked less dark on the cover of the glossy.
Publication heads were accused of photoshopping the image of the actress for their upcoming 25th anniversary issue, but they insist the reports aren't true - and the Oscar-nominated actress is backing them up.
A representative for Sidibe tells news show Access Hollywood, "Gabourey is absolutely thrilled to be on the cover of Elle magazine’s 25th anniversary issue."
Meanwhile, a spokeswoman for the publication says, "Nothing out of the ordinary was done... Gabby’s cover was not retouched."
The October issue of Elle has three other cover versions, featuring Megan Fox, Lauren Conrad and Amanda Seyfried.