The death of Isabelle Reed thrusts her family consisting of her husband Conrad Reed (Devin Druid) and two sons Jonah Reed (Jesse Eisenberg) and Gene Reed (Gabriel Byrne) in to a process of bereavement in which they have to each manage their different stages of grief. Isabelle an ex war photographer dies as a result of a car crash near their house which plummets her family into a vow of silence in which they each suppress their real feelings towards her death.

Director Patricia Riggen tackles a particularly emotional story with the new film The 33. The film is a based on the recent mining catastrophe which happened in Chile in 2010. When a copper and gold mine finally caved in blocking 33 men in the centre of a huge mountain.

Gabriel Byrne - Gabriel Byrne out and about with a mystery blonde woman close to the Powerscourt Towncentre - Dublin, Ireland - Friday 25th July 2014 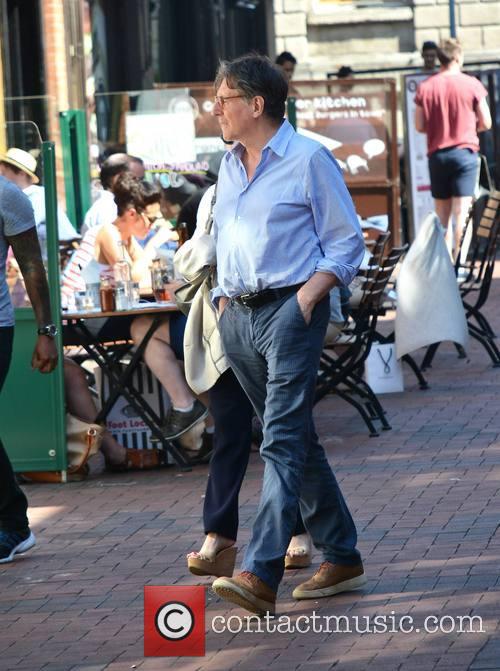 Even though this British mystery-drama is rather too creepy for its own good, it gives Rampling yet another superb character to sink her teeth into. She's working with her son, writer-director Southcombe, who reveals the plots secrets very slowly, manipulating the audience by withholding key details and misleading us with red herrings. But Rampling makes it gripping.

She plays the eponymous Anna, who is trying to get her life back on track after the end of her marriage. Living with her single-mum daughter (Atwell), Anna attends speed-dating events to meet men, and one night goes home with George (Brown), who turns up dead in the morning. Police detective Bernie (Byrne) connects Anna to the death and secretly gets to know her without telling her that she's a suspect. Meanwhile, Bernie's colleague Kevin (Marsan) follows the trail to a mother and son (May and Deacon). And as clues begin to emerge, Anna starts to remember what happened that fateful night.

Southcombe cleverly creates an eerie tone that often makes this feel like a horror movie. So before he gives us any real details about what's going on here, we already know that something very nasty is involved. The problem is that he dribbles the truth to us so slowly that we lose interest in the plot long before the actual revelations. Which makes it all feel like a cheat when he pulls the rug out, since the filmmaker has been lying to us all along.

Gabriel Byrne and Elle Macpherson Friday 4th February 2011 Gabriel Byrne leaving The Ivy restaurnt after having dinner with Elle MacPherson. Elle was driven home in a private car, while Gabriel decided to walk, and was accosted by a tramp along the way. London, England 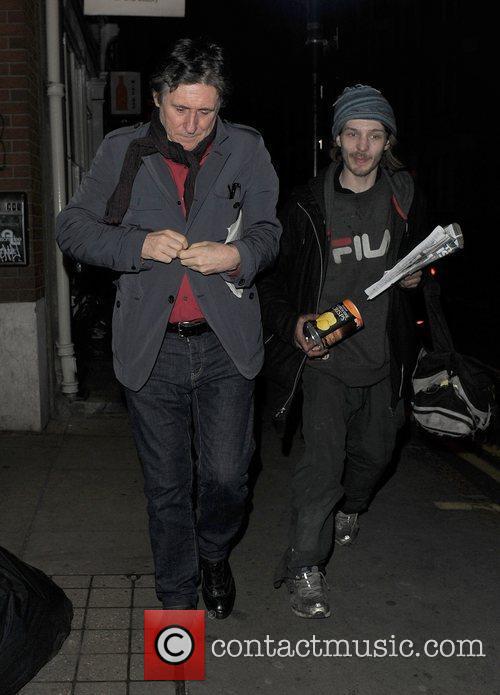 By Christopher Null
Good
The strangest thing about David Cronenberg's Spider is how out of sync it is with the director's other works. Slow, laconic, and intermittently fascinating, Spider is a movie in which virtually nothing happens. Placed amidst an oeuvre that includes eye-poppers like The Fly, Shivers, Videodrome, and the recent eXistenZ, the movie stands as his most understated piece since 1988's Dead Ringers.

The pacing of Spider is totally understandable, seeing as it entirely takes place in and around a halfway house for recently-released mental patients -- and, obliquely, within the mind of its central character. "Spider" (Ralph Fiennes) is a muttering mess, a paranoid schizophrenic who wears four shirts atop one another and scribbles illegibly in a little book he carefully hides at the end of each day. Just out of the loony bin, Spider hops a train to London, finds his depressing room at the inn, faces annoyed berating at the hands of stern Mrs. Wilkinson (Lynn Redgrave), and immediately begins shutting himself into a cocoon. "Caterpillar" might be a better nickname -- for the man and for the movie. 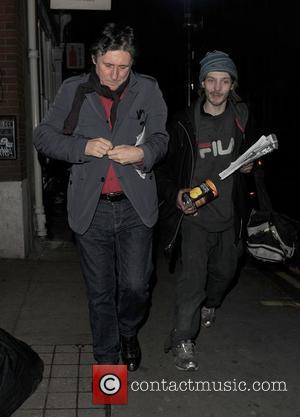 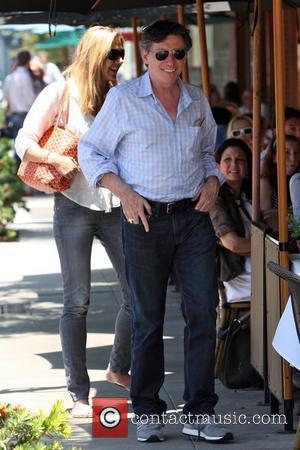