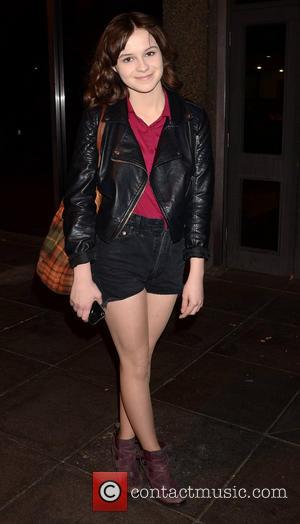 British singer Gabrielle Aplin has called off a gig in Oxford, England on Tuesday night (19Mar13) after losing her voice.

The 20-year-old star axed the show just hours before she was due to take to the stage to perform at the city's O2 Academy venue, and she has blamed her poor health on her hectic touring schedule.

In a post on her Facebook.com page, Aplin writes, "I really hate to do this and I'm so sorry to announce that I have to move tonight's show to next Thursday (28th March) I have been gigging almost every night for a month and my voice has given up on me today. I've been advised to rest it and look after it so I don't have to move the rest of the tour... I hate having to cancel things. I feel so selfish but health needs to come first!"