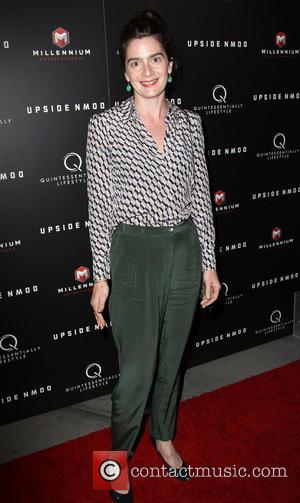 Former child star Gaby Hoffmann has opened up about working with Mel Gibson as a pre-teen, revealing she broke down in tears when she found herself on the receiving end of his infamous temper.

Hoffmann was 11 years old when she appeared in Gibson's directorial debut The Man Without a Face in 1993, and admits the experience was far from enjoyable.

Speaking to The Huffington Post about her struggles with male directors as a child performer, she says, "I think I happened to work with sort of a bunch of slightly difficult male directors when I was a kid. I've since worked with lots of male directors that I love, so I no longer see the distinction gender-wise.

"You're either in it together, or you're not. And if you're not, it sucks. I don't think (Uncle Buck director) John Hughes liked me. And the other one... was Mel Gibson, and I think we can all agree that's going to be tough for anybody.

"He screamed at me. Oh, God, he really screamed at me. He just started cursing and screaming at me. I think I was acting like a kid instead of a professional actor (and it set him off). It happens once in a while when you're a kid actor."

When asked if Gibson's rant made her cry, she adds, "Yeah. Oh, yeah."