Kit Harington loves to tease Sophie Turner over a letter she wrote when she thought he wouldn't be returning to Game Of Thrones. 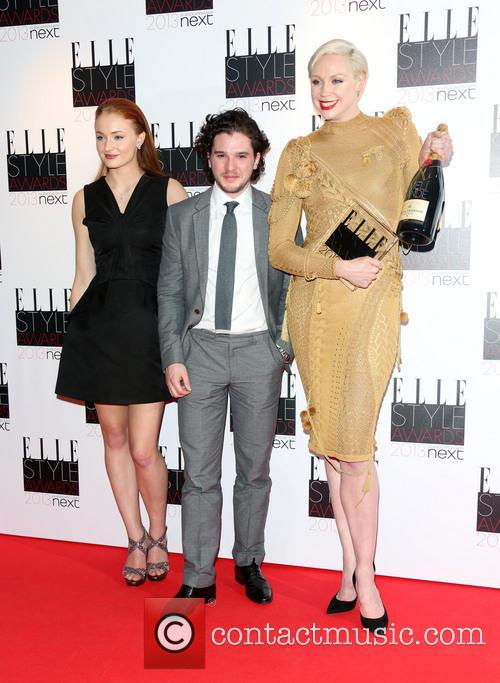 Kit's character Jon Snow in the hit fantasy TV show was stabbed multiple times and left for dead in the finale of its fifth season.

Fans could not believe that one of the most popular figures in the HBO series wouldn't be coming back, leading to fevered speculation he'd be resurrected.

Sorcery brought Jon back from the dead in the second episode of the sixth series, but the plot was kept secret from 20-year-old Sophie, who plays Jon's sister Sansa Stark, and she wrote her co-star an emotional goodbye letter that Kit, 29, now uses to mock her.

"It was kept from me, Kit told me in the fifth season he was going that was it," she tells British daytime TV show This Morning.

"So I wrote him a really long heartfelt letter about how much I was going to miss him, how much I'd loved working with him. He came back the next season and he was like 'your letter's so funny, I've still got it'... He does it to just take the mickey out of me now, he shows it to people.

"I'm just really gullible and well everyone dies so I just thought well, 'another one bites the dust'."

In a recent interview with Entertainment Weekly the British actor admitted he found his on screen sibling's missive amusing, saying, "Sophie Turner, bless her, wrote me a really long letter about how much she loved working with me - and I still got it. That made me chuckle."

However the star says he did not enjoy deceiving his friends and colleagues as much as he thought he would.

"At first I thought I would find it fun," he says. "This will be a fun game. But I had to lie to a lot of close friends and cast members and crew. The longer it went, the more I felt like I was betraying them. So I did end up letting people in, slowly."

The sixth series of Game Of Thrones continues with its fourth episode airing in the U.S. on Sunday (15May16) and in the U.K on Monday.