'Rogue One: A Star Wars Story' is arriving imminently, following the stand-alone story of Jyn Erso as she joins Rebel forces in a bid to help them destroy the plans for the Death Star. In a series of new featureets, Felicity Jones, along with director Gareth Edwards, opened up about how they created Jyn; a vulnerable, strong, stubborn and trouble-making hero; and Diego Luna explored his significance in the film as Captain Cassian Andor. It's an experience that posed many challenges for the actors, given the neverending amount of themes and emotions with the difference scenes. 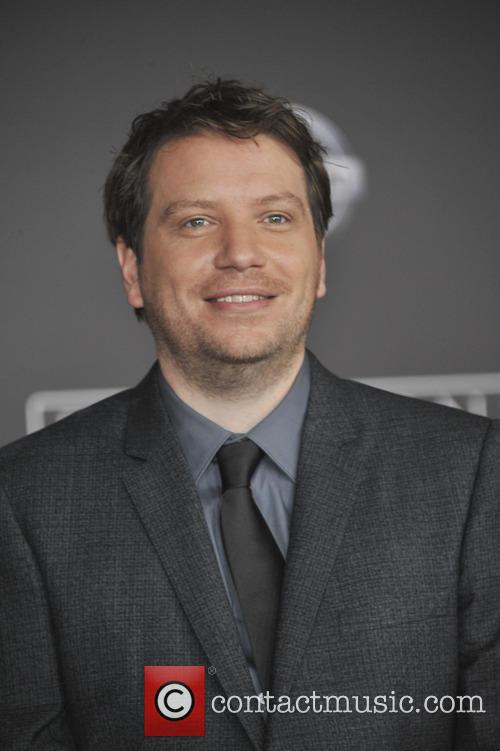 The crew took some of the movie to Canary Wharf.

It's normally fairly easy to spot a movie set going on away from a studio if it's not in the wilderness, but we'll bet you didn't know that scenes from the upcoming 'Rogue One: A Star Wars Story' was actually shot in Canary Wharf in London. It seems that Hollywood are increasingly incorporating elements of Britain into their movies, and it's not just about the actors and the directors. More and more film crews are being taken under America's enormous wing for major blockbusters, and Britain is also quite iconic for its movie settings - the latest being business district Canary Wharf.

Continue reading: Gareth Edwards Reveals 'Rogue One' Scenes Were Shot In One Of London's Busiest Districts

Should Legendary And Warner Bros. Make A Godzilla Sequel? [Poll]

Take a vote in the poll below!

Godzilla has barley finished trampling America’s box offices and the gargantuan daikaiju is still to wreak havoc over in China and Japan – a huge market, especially given the origins of the franchise. But Warner Bros. and Legendary are already thinking about what a sequel could do, and they obviously think it could do plenty as one is in the works.

Gareth Edwards’ effort, which sees Aaron Taylor-Johnson, Ken Watanbe, Juliette Binoche and Bryan Cranston head a stellar cast, has already made $200m worldwide making it 2014’s biggest opener so far. Sure, ‘X-Men Days of Future Past’ and ‘Transformers: Extinction’ will likely ensure ‘Godzilla’ doesn’t finish the year with that mantle, but it’s an encouraging start for a film that was, for a while mentioned with apprehension.

Gareth Edwards’ ‘Godzilla’ was facing an uphill struggle from the day it was announced. The iconic Japanese tale has been tinkered with so many times, many fail to excavate the original themes Ishirō Honda's 1954 film did in making the daikaiju a piece of pop culture iconography.

But with Cranston on board and some shiny new technology adding a modern sheen to the franchise, the critics have found something to love with the latest reboot. Edwards hasn’t created a classic, or even sculpted his own with borrowed tools, but he has manufactured a solid springtime blockbuster while navigating the tricky landscape that comes with a pre-established and firmly embedded lore.

Wait, Is Bryan Cranston's 'Godzilla' The Best Movie Of 2014?

Turns out 'Godzilla' could be really, really good.

Remember the 1998 remake of Godzilla? Yep, it was horrific. And so it's with a sigh of relief that we can report Gareth Edwards new remake of the classic monster story has been received very, very well by critics. A powerful new story with stunning visual effects, Godzilla stars Bryan Cranston and Aaron Taylor-Johnson.

"A summer blockbuster that's not just thrilling, but that orchestrates its thrills with such rare diligence, you want to yelp with glee," said Robbie Collin of the Telegraph.

Godzilla was the main draw for fans attending WonderCon in California this weekend. The Warner Bros. panel presented a sneak peak at the upcoming monster movie, including one of the first direct shots of Godzilla.

We've been catching mere glimpses of Godzilla in every version of the trailer going but titillated fans at the WonderCon were finally rewarded with an exclusive sneak peak at the movie ahead of its release.

Fans at WonderCon have finally seen Godzilla's face in a sneak preview of the upcoming movie.

Fans at the Warner Bros. presentation at the WonderCon festival held in Anaheim, CA this weekend were thrilled to finally see a complete Godzilla in an exclusive clip from the upcoming movie. The biggest thrill for hundreds of fans who had crammed together to witness this sneak peak was seeing Godzilla's face for the first time. MTV, whilst not the most descriptive of sources, claimed the famous reptile's face was "everything fans had hoped for: vaguely T-Rex-ish, definitely reptilian, and a whole lot of awesome."

5 Reasons Why The 'Godzilla' Reboot Will Succeed

With Bryan Cranston on board, we think 2014's Godzilla will be a credit to the Japanese legend

It’s a risky business, taking a legendary franchise and telling the same story with fancy technology, popular actors and a sky-high budget, and Godzilla’s remake is no different. But there are a number of things working for the 2014 reboot, and here are just 5 of them. Cynics, beware, this article is ?? with buoyant, unspoilt optimism.

Continue reading: 5 Reasons Why The 'Godzilla' Reboot Will Succeed