Critics have pointed to the economic impact the concerts will have whilst the council sides with the area’s residents. 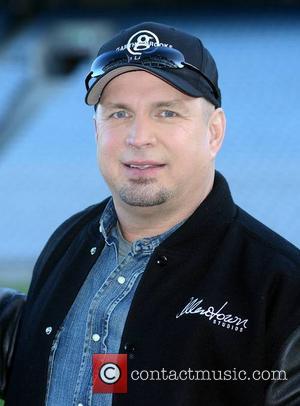 Picture: Garth Brooks - He will play Ireland for the first time in 17 years with two dates at Croke Park, July 25th & July 26th,...

Last night, Garth Brooks told the 400,000 people who have bought tickets for his Irish concerts that he will play five shows in Dublin or none at all. The country and western singer had scheduled five shows at Croke Park at the end of July to kick of his international tour but the city council refused to issue licences for two of those five concerts.

The council has refused permission for concerts on the 28th and 29th July due to fears of noise, traffic disruption, illegal parking and "potential antisocial behaviour." The stadium's capacity of 80,000 fans per night means about 160,000 will be affected.

Instead of accepting the three shows as a compromise, the US performer has asserted that he'll only play the full five. "For us, it is five shows or none at all," Brooks said in a statement. "To choose which shows to do and which shows not to do, would be like asking to choose one child over another. However this plays out, Ireland has my heart and always will."

Though the council is currently standing firmly by its ruling, it has attracted criticism from the Dublin Chamber of Commerce with fears that the country's economy will miss out on a potential EUR50m if the planned concerts are scrapped.

"[Garth Brooks] picked here to start his international tour and we don't want to send a message that that's something we're not able to do," Patrick King, Policy and Communications manager with the DCC told RTE Radio 1 earlier today, via the Irish Independent.

"All messages are based on perception. The question is whether we can do this better in future [...] It's the start of an international tour with five nights so it had a huge draw from outside the State. That 50 million euros is now going to be along the lines of 30million euros," he added.

Meanwhile, the President of the Irish Hotels Federation, Stephen McNally, also condemned the ruling, stating "The Garth Brooks concerts are a major tourism event this year and hotels have seen enormous interest both at home and from overseas visitors, particularly from the UK and rest of Europe.

Drawing attention to the wider potential impact of the decision, Mr McNally added: "This situation was avoidable and will damage Ireland's tourism brand - something tourism businesses and bodies invest significant resources to promote in overseas markets." Garth Brooks Has Vowed That He Intends To Play Five Concerts Or None At All.