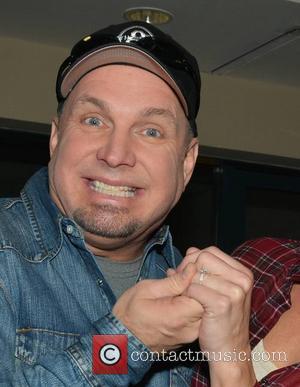 Picture: Garth Brooks - Garth Brooks poses with Xpose presenter Glenda Gilson as she shows off her engagement ring, after becoming engaged to Rob McNaughton. This...

All five of the Garth Brooks live concerts scheduled for the end of the month have been cancelled after an agreement between promoters and Dublin City Council could not be reached. The US country star had five consecutive sold out concerts planned at the Croke Park arena from the 25-29th July but the Irish city would only permit three of the five to be staged.

The city council put its foot down on five concerts amidst fears of noise pollution and anti-social behaviour, but offered to compromise with three.

However, Brooks took a hard-line against the ruling, saying "For us, it is five shows or none at all. To choose which shows to do and which shows not to do, would be like asking to choose one child over another. However this plays out, Ireland has my heart and always will."

Despite the concerns of local residents, the wider Irish authorities have criticised Dublin's approach to what could have been a much-needed economic boost. It attracted criticism from the Dublin Chamber of Commerce with fears that the country's economy was set to miss out on a potential EUR50m if the planned concerts were scrapped.

Since the promoter announced the concerts' cancellation, Taoiseach (Irish prime minister) Enda Kenny said the cancellation was damaging to the country and that the incident had been very badly handled, according to BBC News.

Last week, President of the Irish Hotels Federation, Stephen McNally voiced concerns that the country's tourism industry would miss out.

However, the council said it could not reverse the decision permitting licences for only three. Lord Mayor Christy Burke said that three days of talks with promoter Peter Aiken, the GAA and mediator Kieran Mulvey had failed to find a solution.

Aiken Promotions said it was with "great regret" that it had to cancel the shoes and said it had "exhausted all avenues" in relation to staging the gigs at Croke Park. Promoters Have Announced That All Five Of The Planned Dublin Garth Brooks Concerts Are Cancelled.