He was joined during the concert by his wife, Trisha Yearwood, who went on to sing a number of her own songs, both alone, and as duets with Brooks.

In 2001, Brooks went into semi-retirement from touring and recording, so that he could devote as much time as possible to raising his daughters. The youngest, Allie, graduated from high school earlier in the year, leading to the highly anticipated tour finally becoming a possibility.

One of the members of the sold-out auditorium was none other than Lady Gaga, who posted a picture of herself and her boyfriend at the concert on Instagram. The picture was taken during the performance of 'Friends in Low Places' and came with the accompanying caption "He's singing I Got Friends in Low Places. At the Garth Brooks show with my country boy. So much fun were screamin!"

Garth Brooks is due to return to the Allstate Arena tonight, as well as the 6th, 11th, 12th, 13th, 14th of September. He will then appear at the Phillips Arena in Atlanta, Georgia, on the 19th, 20th, 21st, 26th, 27th of September, before finally finishing with the 10th, 11th, 12th of October in the Veterans Memorial Arena in Jacksonville, Florida. 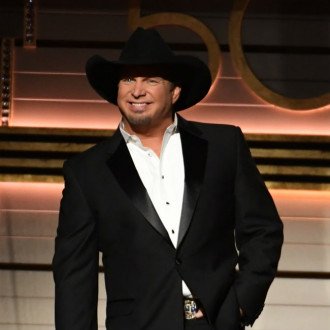