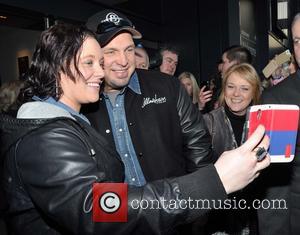 Picture: Garth Brooks and Fans - \Aiken Promotions have exhausted all avenues regarding the staging of this event.\We are very disappointed for the 400,000 fans who...

Garth Brooks has broken his own concert ticket sales record for a second time thanks to his run of upcoming shows in Minnesota.

The country music superstar kicked off his world tour in September (14), and he is selling out arenas.

In September (14), he topped 163,000 tickets sold in a single city in North America with an 11-night run at Chicago's Allstate Arena in Illinois. Previously, he held the record for a run at the Target Center in Minneapolis, Minnesota in 1998.

And now the Friends in Low Places hitmaker has beaten his own record yet again, with fans snapping up more than 188,000 tickets for his upcoming 11 shows at Minneapolis' Target Center in November (14).