Tickets for the benefit concert will go on sale on June 21, each costing $35. 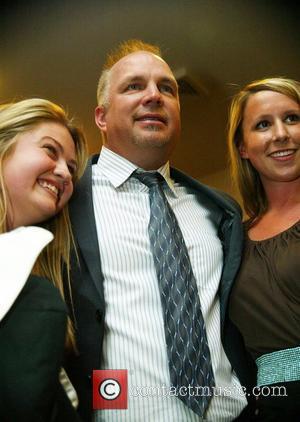 Garth Brooks has agreed to join the bill for the Oklahoma Benefit Concert, a bill that already includes the likes of fellow country stars Toby Keith and Willie Nelson to name but two. The performance will aim to raise money for those worse hit by the natural disaster and will take place July 6 at the University of Oklahoma’s Gaylord Family Stadium at Owen Field.

Keith is organising much of the one-day festival and is an Oklahoma-native himself, growing up in the city of Moore, which was badly damaged by a twister. He told Tulsa World on Thursday; “Once we got the news that the tornado had hit Toby’s hometown, Miss Yearwood and I told Toby we were at his service for whatever he chose to do … I am amazed at the human spirit the tornado victims have shown. I am humbled by the giving of the volunteers. It is an honor to get to be a part of this healing process."

Brooks is the latest addition to a line-up that features Keith, Nelson, Trisha Yearwood and Ronnie Dunn, with more possibly to come. Tickets will go on sale for the event on June 21, each costing $35. The money raised from the benefit will go towards helping the United Way of Central Oklahoma May Tornadoes Relief Fund.

Keith, like many other Oklahoma residents, knows all too well the pain and hardship that living in a known tornado hot-spot can lead to and this isn't his first time throwing a benefit concert for his home state. He has previously played relief shows in 1999 and most recently in 2003. Keith has had to perform bebenfit concerts for Oklahoma before