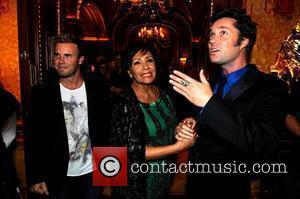 British singer Gary Barlow has vowed to make the next Take That tour an even bigger spectacle than their trek earlier this year (09) - because his mum prefers Coldplay's live shows.
The Shine hitmakers hit the road with their The Circus Live gigs, playing to more than 650,000 fans in stadiums across the U.K. in June and July (09).
Barlow's mum Marge was hugely impressed by her son and his bandmates - until he took her to see Chris Martin's group in concert earlier this month (Sep09).
He says, "My mum was blown away by Coldplay. She thought we were brilliant but that they were better - and wasn't afraid to tell me. So I'll have to up the ante for the next tour."