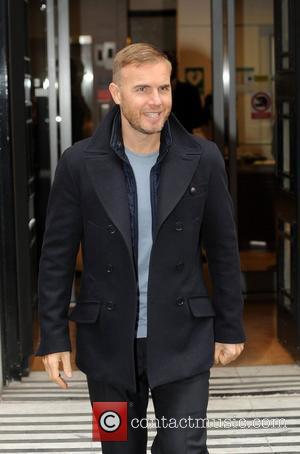 Gary Barlow has announced that he and his wife Dawn are expecting another daughter. Barlow made the announcement yesterday (April 18, 2012) via Twitter, with messages that read "I have more news." and then "There's gonna be another Girl in the Barlow household !" Gary and Dawn already have three children - 11 year-old Daniel, nine year-old Emily and three year-old Daisy.
When a follower sent him a message saying "Congratulations!! You and Daniel don't stand a chance now, totally outnumbered!! xxx" Barlow replied "i didn't need that pointing out" The news of the fourth child was announced in February and the couple decided to share the sex of the baby with Barlow's Twitter devotees - of which he has almost one and a half million. Gary's not the only Take That member with baby news. Mark Owen is soon to become a father for the third time, whilst Robbie Williams also announced recently that he and his wife Ayda are expecting.
Gary Barlow's return to X Factor's judging panel was confirmed this week. Barlow said that was "thrilled" to be back, though the news arrived amidst a scandal related to a new Simon Cowell biography due to be published shortly. Yesterday, The Sun published a story related to the book, which reportedly claims that Simon Cowell wanted to sack Gary Barlow when last year's series of the talent show was not as successful as he had hoped.