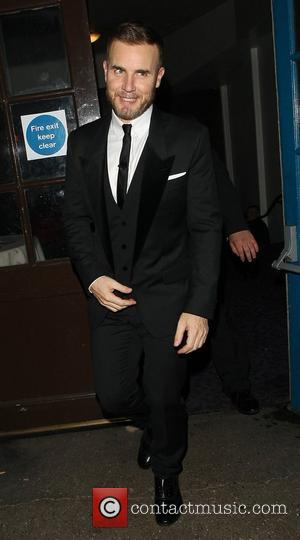 Gary Barlow was praised for 'inspiring goodwill' by the Prince of Wales as the royal presented him with the prestigious Music Industry Award for his recognised efforts in the industry.

Prince Charles showed his admiration for the Take That singer's achievements at the award ceremony at the Grosvenor House Hotel in London, even labelling him a 'national treasure'. 'Over the past 25 years, you have become one of the great stars of the British music industry and you are the very embodiment of that rare species, a national treasure', he told the popstar. 'It seems to me you inspire goodwill wherever you go and your appeal transcends the ages, a very rare feat if I may say so.'

The 'X Factor' judge duly accepted the award making clear how honoured he felt to be presented with it and how much performing music means to him. 'I've been doing this for 22 years now, and the one thing that's more apparent to me than ever before is how much I love performing', he said. 'To be able to do it, I feel really lucky, I never want to turn my back on it. It's so special when you get something like this, because it's recognised within the industry. I'm a lover of this industry, I'd do anything to protect it, and when you're given something from that industry, I'm honoured.'