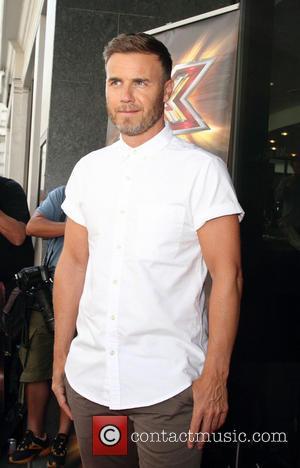 "We're doing all we can to make sure it will be as good a show as possible and as many people as possible are able to attend."

That replacement is Barlow, who initially said he was "rounding up" his band, telling fans he would know by midday on Thursday whether the performance could go ahead. By 'his band,' the songwriter is likely to mean his backing group, rather than the other members of Take That. He tweeted back to fans a couple of hours later, confirming, "Right. We're all signed-up to play 2moro, Blackpool here we come!"

The fact that Barlow's good pal Jonathan Ross is switching on the famous lights will probably sway things, with the famous chat show host telling the singer, "They need someone to sing. Shall we finally unveil our version of the Pet Shop Boys? The Chip Shop Boys has a ring to it."

Gary Barlow returns as a judge on the latest season of The X-Factor, which begins on Saturday (August 31, 2013). Gary Barlow At The X-Factor Auditions