Gary Barlow is ''determined'' to perform at the Olympics closing ceremony tomorrow night (10.08.12), despite his daughter Poppy being delivered stillborn on Monday (06.08.12). 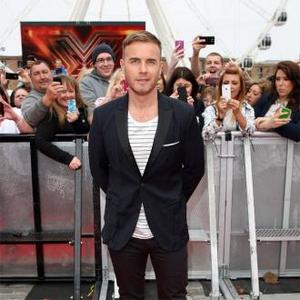 Gary Barlow is ''determined'' to perform at the Olympics closing ceremony tomorrow night (10.08.12).

The Take That singer has endured a tragic week after his daughter Poppy was delivered stillborn on Monday (06.08.12), but he is said to be keen to take to the stage alongside his fellow band members Robbie Williams, Mark Owen, Howard Donald and Jason Orange.

A source told The Sun newspaper: ''Gary is going through a terrible time. The last week has been awful -- as everyone can understand.

''The band have been there for him and totally understand if he doesn't do the gig, Take That are on the running order and the organisers are prepared for all eventualities, but they all know Gary will be determined to perform.

''They haven't rehearsed this week for obvious reasons but they are professionals and can turn it on under pressure.

''It will be a tough call for Gary but everyone will back his decision.''

Gary - who has three children, Daniel, 11, Emily, nine, and three-year-old Daisy with wife Dawn - took to his twitter account on Wednesday (08.08.12) to thank fans for their ''lovely messages'' of support following the loss of the couple's fourth child.

If Gary decides to perform then Take That will sing their 2008 hit 'Greatest Day' at the closing ceremony, which is due to feature a Spice Girls reunion as well as performances by music legends George Michael, Sir Paul McCartney, Ray Davies from The Kinks, Kate Bush and Liam Gallagher.

The 'Wannabe' group - made up of Victoria Beckham, Geri Halliwell, Emma Bunton, Melanie Brown, and Melanie Chisholm - will sing a medley of their hits, while George is expected to do 'Faith' and 'Freedom'.