Gary Barlow Folds Record Label To Be With His Family, Also It's Gone Bust 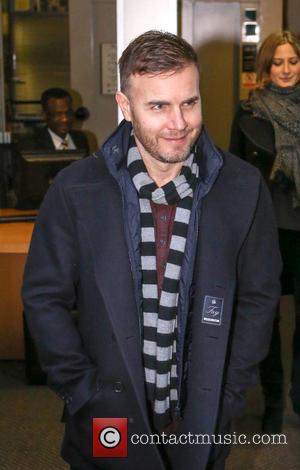 Yesterday (Dec 29) it was announced that Gary Barlow would be disbanding his record label, Future Records, with the Take That man saying the reason behind the label's folding was so that he could spend more time with his family - however the fact that the label has lost £4 million over its short lifespan probably has something to do with it.

Future Records was founded by Barlow in 2009, and despite signing a number of promising acts, including rapper Aggro Santos and Sky TV talent show winner Emma’s Imagination, the label failed to ever set the charts alight and thus amassed loses of £4 million. This is something Barlow neglected to mention when he announced he was calling it quits with the label, telling The Sun earlier this week: "It's been a very difficult decision but it came down to time. I've had a lot going on recently and I want to spend more time with my family."

Today though, Barlow's financial indescrpencies have seeped into public knowledge, when a source close to Barlow revealed: “Gary’s label wasn’t making enough money or generating any success. It’s as simple as that."

Financial failure or otherwise, we're sure there was some truth to the excuse Barlow gave.