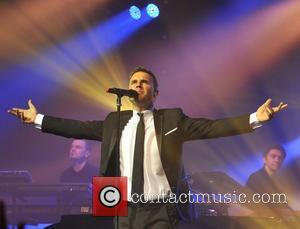 British singer Gary Barlow helped make one couple's night especially memorable during his show in London on Wednesday (16Jan13) by helping a fan propose to his girlfriend onstage.

The Take That frontman is currently on a solo tour of the U.K., and during a concert at the Hammersmith Apollo on Wednesday one fan was left stunned when her hero invited her boyfriend on to the stage so he could ask for her hand in marriage.

After she accepted the proposal, Barlow dedicated a rendition of his romantic track A Million Love Songs to the couple.