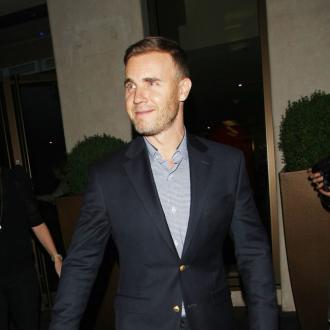 Gary Barlow feels ''special'' after being honoured for his services to charity and British music.

'The X Factor' judge became the 21st recipient of the prestigious Music Industry Trusts Award at a star-studded bash at London's Grosvenor House hotel last night (05.11.12) and has admitted it means a lot to him.

He said: ''I've been doing this for 22 years now, and the one thing that's more apparent to me than ever before is how much I love performing. To be able to do it, I feel really lucky, I never want to turn my back on it. It's so special when you get something like this, because it's recognised within the industry. I'm a lover of this industry, I'd do anything to protect it, and when you're given something from that industry, I'm honoured.''

The 41-year-old singer was joined at the charity gala - in aid of Nordoff Robbins and The BRIT Performing Arts & Technology School - by a string of his celebrity pals including his proud Take That bandmates Mark Owen, Jason Orange and Howard Donald, who performed at the event.

Other guests included Elton John, who presented Gary with his award, and his fellow 'X Factor' judges Nicole Scherzinger, Tulisa and Louis Walsh.

Robbie Williams, Dermot O'Leary, Mark Ronson, Taio Cruz, Kimberley Walsh and Alesha Dixon were also there to support the event, which has raised over £4 million for the two charities.