Gary Barlow: 'I'd Like To Tackle A Take That Musical'

Take That Star Gary Barlow Has Confirmed Reports He's Considering A Musical Featuring The Band's Hits, Revealing The Project Could Hit The Stage Within The Next Five Years. 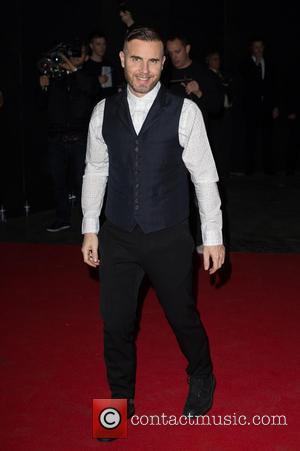 Picture: Gary Barlow - A host of stars were snapped as they arrived for the Brit Awards 2015 Universal Afterparty which was held at the Old...

The singer refused to endorse an unofficial Take That musical in 2007, but he admits current stage hit Jersey Boys has inspired him to create the definitive show.

He tells The Sun newspaper, "The Take That musical has got to happen. I think it's a great story. I watched Jersey Boys and it's not too dissimilar to our story. I would love to get that on stage."

And he says working on the score for Finding Neverland, the new stage musical based on the 2004 Johnny Depp film of the same name, has given him a feel for what he has to do.

He adds, "I understand it a bit better now. I think the West End, Broadway and musicals felt like a different art form and I wasn't qualified. I didn't know enough about it.

"If given a chance to do it I would take it on now, definitely. We've got 25 years of music, so the hard bit is done. I'd look to put it on a stage in the next five years."