Gary Barlow has vowed to make another album with Take That as well as do another stadium tour. 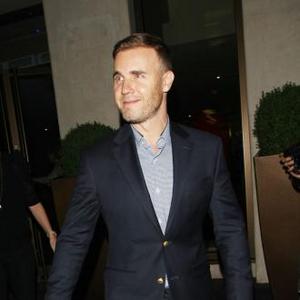 Gary Barlow has vowed to make another album with Take That.

The singer says he's desperate to reunite with the group - also made up of Robbie Williams, Mark Owen, Jason Orange and Howard Donald - in 2013 for new LP as well as doing another tour.

When asked whether there would be a new Take That record, Gary replied: ''Well I hope so, next year I hope, yeah.''

He then added that a possible stadium tour would ''definitely'' happen, stating: ''Oh yes. I can promise you that.''

The group's last tour, 'Progress', was a huge success and featured estranged member Robbie rejoining the group, 15 years after quitting.

Gary has recently enjoyed huge success on his own after organising the Diamond Jubilee concert and writing the official jubilee song, 'Sing', which celebrated Queen Elizabeth's 60 years on The Throne, and he admits it's going to be hard to top.

He told BBC Radio 1: ''Well you know what, I always get to this point and go 'well nothing's going to top that', and then something else comes along.

''But I've gotta say, it's going to take something very special to top that one.''