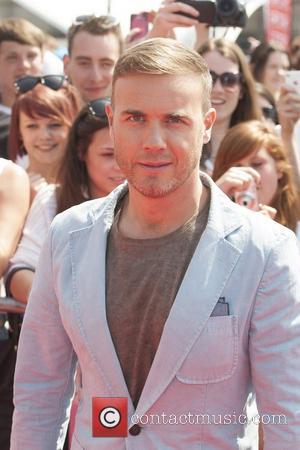 British pop star Gary Barlow has plucked a group of musicians from a Kenyan slum and flown them to London for a once-in-a-lifetime chance to perform for Queen Elizabeth II.
The Take That singer met the percussionists, who use the name Slum Drummers, during his recent trip around the Commonwealth nations in search of inspiration for his song to mark the U.K. monarch's 60th year on the throne next month (Jun12).
He was so impressed with their musicianship he sampled the sound of them performing on the track - and now it's emerged he's taken them to London to perform at the Diamond Jubilee Concert on Monday (04Jun12).
Barlow tells Britain's Hello! magazine he met the band during a trip to the Kibera slum, adding, "It's a pretty inhospitable place. Almost one million people live in a slum that measures one square mile, in conditions we just can't imagine.
"Meeting those guys, all of a sudden it clicked with me. I thought, 'This is why I've been asked to do this.' Our lives could not be more different, but you could see that the music transported them to another place... They have never been on an aeroplane (sic) before, and now they're going to be performing at a concert that will be watched by two billion people and meeting the Queen."
Barlow has also arranged for Kenya's African Children's Choir to fly to the U.K. to sing at the concert.