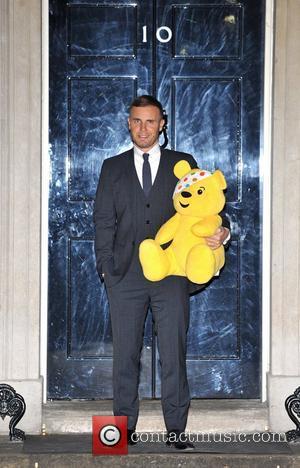 Gary Barlow has achieved a lot in his career, as part of the multi-million selling boy group Take That, as a solo artist and more recently as a judge on the UK version of the 'X Factor,' but even he would have to admit he's taken on his toughest undertaking yet after signing up with the Bbc to co-promote a concert for the Queen's Diamond Jubilee.
Barlow revealed his plans today to the Bbc, and they sound grand indeed with a who's-who of names lining up to pay homage to the monarchy. Talking to Bbc correspondent Nicholas Witchell, Barlow said "I don't just want to represent the Commonwealth up there I want the whole world to be on that stage." The names so far revealed for nothing short of impressive. Confirmed to play are Dame Shirley Bassey, Sir Elton John, Sir Paul McCartney and, undoubtedly one of the Queen's favourites, up and coming star Ed Sheeran. Joining them for the event will be Alfie Boe, Jools Holland, Jessie J, Tom Jones, Lang Lang, Annie Lennox, Madness and Cliff Richard with more names still to be released.
The event will take place near the Queen Victoria Memorial in front of Buckingham Palace with Barlow already looking forward to what he says will be "an amazing event." Take That have of course also been strongly rumoured to play, whilst Mel B let slip on television recently that the Spice Girls were also going to be involved - reports The Sun - though they have not yet been announced.