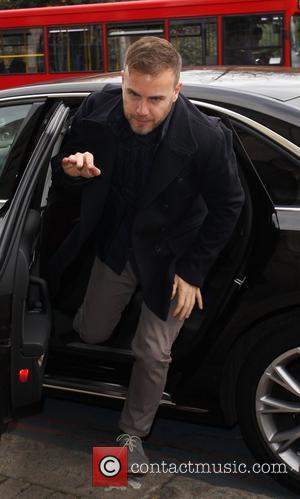 Gary Barlow came close to cancelling his London show on Tuesday night (27Nov12) after a plumbing disaster threatened to put a damper on the event.

The Take That star was booked to play a solo gig at the British capital's famed Royal Albert Hall, but a problem with the pipes left the venue without water.

Health and safety laws in the U.K. meant the gig couldn't go ahead unless the problem was fixed, and the singer faced an anxious wait as experts attempted to turn the water back on.

Speaking before the show, Barlow said, "At the moment the show's off - there's no water in the building and because of health and safety (regulations) you can't start a gig without it. Hopefully it comes on soon because at the moment I'm not going to be playing tonight."

The water was turned back on with just minutes to spare and the show went ahead as planned. The concert featured a guest appearance from Barlow's Take That bandmate Robbie Williams, who has been playing his own solo shows at the city's O2 Arena this month (Nov12).