Gary Barlow Decided To Continue His Pop Group Take That After Researching How The Public Would React To The Band Becoming A Trio Once Jason Orange Quit. 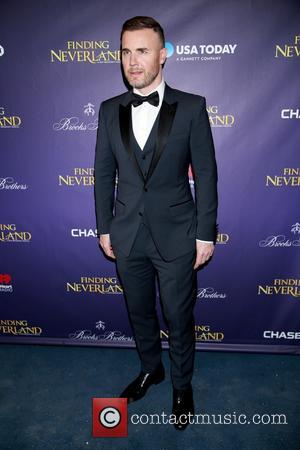 Picture: Gary Barlow - Shots of a variety of stars as they attended the Opening Night of Broadway's 'Finding Neverland' which was sponsored by Brooks Brothers,...

The British group became a three piece after Orange left in September (14) and Barlow reveals the remaining members, including Mark Owen and Howard Donald, considered ending Take That because they thought the fans would not accept a trio.

However, it wasn't until Barlow researched opinions on social media that they decided to continue with the new line-up

He tells Britain's The Sun newspaper, "I had huge doubts whether it would work as a trio... I was worried and thought, 'This might be the end'. It's the closest we've come to calling it a day.

"We heavily researched what (the) reaction would be like if we performed as a three... I even got the views of taxi drivers... We spent days monitoring social media to get a sense of what fans thought... It was all overwhelming positive, so we stayed together."