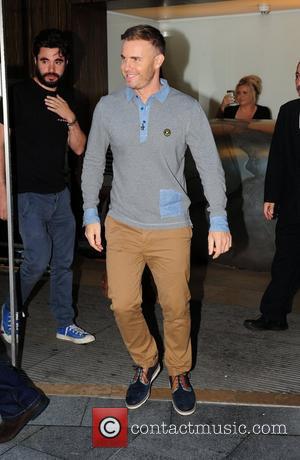 Following the tragic loss of his and wife Dawn's fourth child, Take That man Gary Barlow 's appearance at the closing concert of the Olympics Games at Hyde Park in London this week is in doubt. As reported widely yesterday, Gary Barlow's baby girl Poppy, was stillborn on arrival, causing immense heartache for them. The pair had released a statement that read: "Dawn and I are devastated to announce that we've lost our baby. Poppy Barlow was delivered stillborn on August 4 in London. Our focus now is giving her a beautiful funeral and loving our three children with all our hearts. We'd ask at this painful time that our privacy be respected."
Barlow was expected to join a line-up that includes the likes of George Michael, The Who, Ed Sheeran and a reformed Spice Girls to bring down the curtain on what's largely been viewed as an excellent games put on by hosts London. However, Locog have refused to comment whether Barlow will now be attending, with the performer understandably having more important matters on his mind.
There would be no surprise, of course, if Barlow decided he wasn't able to perform at the concert. He and Dawn already have three children, but had spoken long of their excitement at welcoming a new addition to the family; they are said to be devastated at the outcome.