Take That members Gary Barlow and Mark Owen performed hits from their solo careers during an exclusive concert at One Marylebone in London on Friday (24.04.15). 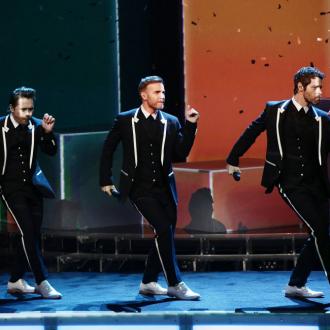 Take That members Gary Barlow and Mark Owen performed hits from their solo careers during an exclusive concert at One Marylebone in London on Friday (24.04.15).

Gary, 44, and Mark, 43, have both released four solo albums alongside their back catalogue with the band, and played a flurry of hits to lucky competition winners and special guests invited to the event, which was hosted by Magic FM.

While the frontman played his 2013 track 'Let Me Go', Mark opted to perform an early single, 'Four Minute Warning', which peaked at number four in the UK singles chart when it was released in 2003.

However, Howard Donald, the only member of the band not to have pursued a solo career, also gave a performance without his bandmates, with a rendition of 'What is Love', taken from their 2008 album 'The Circus'.

During the special set, the veteran band - which became a three-piece after Jason Orange decided to quit last year - treated fans to songs from their back-catalogue including 'Back For Good', 'Patience' and 'Rule the World'.

Bringing the concert to an end, Gary said he hoped the selected group of fans would attend their forthcoming arena tour.

He added: ''I want to thank you for all of your support. We will see you out on the road somewhere.''

Take That will begin their 25-date tour of the UK and Ireland at Glasgow SSE Hydro this evening (27.04.15).