As well as May Day, Star Wars Day, British Sandwich Week and The FA Cup Final, May also has some very promising new releases to look forward to.

As 'normal life' seems to be a few steps closer, as the first experimental music events take place, and as everyone gears up for a summer of festivals and fun, we take a look ahead at the new releases due out this May. If all goes to plan and the recent warehouse club-night, fronted by Fatboy Slim and The Blessed Madonna, and the sold out 5,000 strong Blossoms gig, both in Liverpool, work as a pilot to enable further events then we should be in for a much brighter summer than last year. The lack of any real 'live' music hasn't meant that we haven't been treated to some musical magic this year. We've already had some wonderful releases from Girl In Red, Justin Bieber, Olivia Rodrigo, Foo Fighters, The Pretty Reckless and a whole host of others, but there are many more on the horizon. Little Simz has an album due out in September, John Grant releases his latest in July, Lana Del Rey drops her second album of the year on Independence Day and Billie Eilish is set to release her second album three weeks later. Ahead of them all though we have some great records due out in May. Here are our top 5. 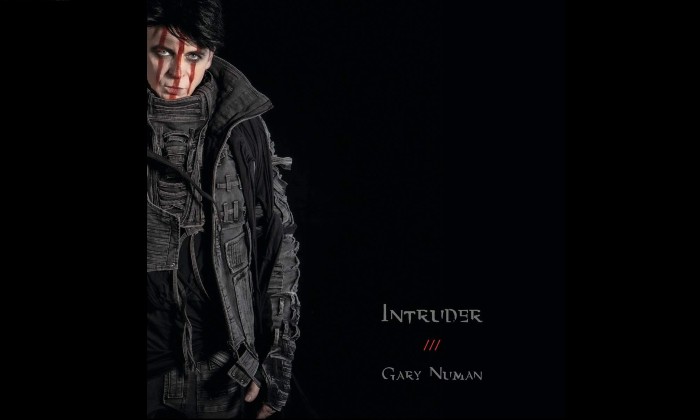 The high-priest of synth-pop, Gary Numan, follows up his 2017 album, Savage: Songs From A Broken World, with his latest, Intruder. The new album, "looks at climate change from the planet’s point of view", Numan has said, and is meant to be an accompaniment to his last studio album. Numan described his latest collection of songs by saying, "If Earth could speak, and feel things the way we do, what would it say? How would it feel? the songs, for the most part, attempt to be that voice, or at least try to express what I believe the earth must feel at the moment." Numan has already shared four of the album's tracks as singles including the title track, and more recently, Now and Forever, from what many are expecting to be his best album in an age.

St. Vincent is back and she is sounding absolutely fabulous. This is St. Vincent's, aka Annie Clark, sixth full length solo studio album, and her follow up to 2017's Masseduction. Due to be released via Vista Recordings on May 14th, Daddy's Home references the music of the early '70's as well as being inspired by the release of her father from prison after serving time on "stock manipulation" charges. Clark has already shared the brilliant lead single, Pay Your Way In Pain as well as the extraordinary, The Melting Of The Sun ahead of the album giving us just cause to expect great things from Daddy's Home.

The Modfather himself releases yet another solo album this May. Fat Pop (Volume 1) is the former Jam and Style Council front man's sixteenth solo album and comes less than one year after he released the chart topping, On Sunset. The new album drops just nine days ahead of the incredibly influential and inspirational Weller celebrates his 63rd birthday. We can't wait for the new 12 track album after hearing the fantastic introductory singles Cosmic Fingers, Glad Times and Shades Of Blue.

Jorja Smith - Be Right Back.

The promise of a new Jorja Smith record, almost three years since her stunning breakthrough debut album, Lost & Found, is very welcome news indeed. The soulful R&B star has such an emotive and expressive voice that you can't help but be bowled over by her songs. Her latest single release, Gone, is no exception. The tender, piano lead ballad, showcases Smith's distinctive vocal over a subtle beat with a minimal soundtrack. Jorja's new eight track album, Be Right Back, also includes her previous, equally engaging single, Addicted.

The Black Keys go back to their bluesy roots and back to their inimitable best on the new album, Delta Kream. The Gold On The Ceiling and Lonely Boy band look set to release their new album on May 14th. It'll be the tenth studio album from the Ohio duo and comes just five months after the band released a Deluxe Remastered Anniversary Edition of their album, Brothers. The lead single from Delta Kream, Crawling Kingsnake, landed in mid-April and it's six minutes of soulful blues that has us hungry to hear more.