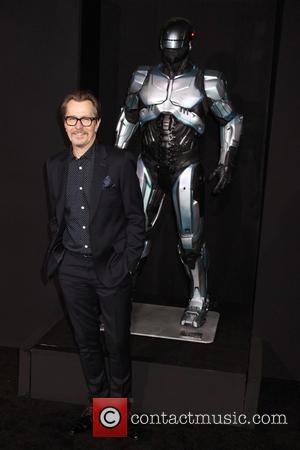 Gary Oldman has offered a "remorseful" apology to officials at America's Anti-Defamation League after voicing his thoughts about Hollywood's high-powered Jews.

The Dark Knight star sparked outrage with his Playboy magazine interview by saying he believes Hollywood is "run by Jews", and revisited Mel Gibson's drink-driving arrest when the actor hurled anti-Semitic remarks at a Jewish police officer.

Oldman insisted Gibson fell victim to "political correctness" and was treated like an "outcast" in the aftermath of his racial slur scandal.

On Tuesday (24Jun14), Anti-Defamation League director Abraham H. Foxman released a statement slamming Oldman's comments, insisting: "Mel Gibson's ostracisation in Hollywood was not a matter of being 'politically incorrect', as Mr. Oldman suggests, but of paying the consequences for outing himself as a bigot and a hater. It is disturbing that Mr. Oldman appears to have bought into Mr. Gibson's warped and prejudiced world view."

Now the British actor has offered an apology to the organisation and anyone who was offended by his interview.

His statement to the Anti-Defamation League reads: "I am deeply remorseful that comments I recently made in the Playboy interview were offensive to many Jewish people.

"Upon reading my comments in print - I see how insensitive they may be, and how they may indeed contribute to the furtherance of a false stereotype. Anything that contributes to this stereotype is unacceptable, including my own words on the matter.

"I hope you will know that this apology is heartfelt, genuine, and that I have an enormous personal affinity for the Jewish people in general, and those specifically in my life. The Jewish people, persecuted thorough the ages, are the first to hear God's voice, and surely are the chosen people.

"I would like to sign off with 'Shalom Aleichem' - but under the circumstances, perhaps today I lose the right to use that phrase, so I will wish you all peace."