Gary Oldman has apologised for the remarks he made during a recent interview with Playboy magazine in which he defended Mel Gibson for making anti-Semitic comments. 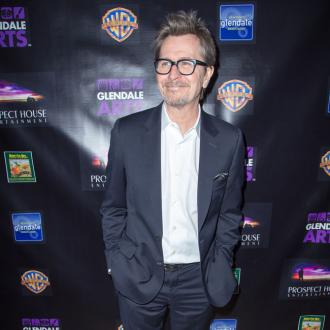 Gary Oldman has apologised for offending Jewish people in his Playboy interview.

The 'Dawn of the Planet of the Apes' actor made the comments while defending the anti-Semitic behaviour of Mel Gibson during his recent interview with the magazine, in which he also referred to political correctness as being ''c**p'', but he's now spoken out to apologise to anyone he may have offended.

Referring to another remark in the interview, in which he stated that Hollywood is a ''town run by Jews'', he said: ''I am deeply remorseful that comments I recently made in the Playboy interview were offensive to many Jewish people.

''Upon reading my comments in print - I see how insensitive they may be, and how they may indeed contribute to the furtherance of a false stereotype.

''Anything that contributes to this stereotype is unacceptable, including my own words on the matter.''

The 56-year-old star - who also defended '30 Rock' actor Alec Baldwin over his alleged homophobic rant during his chat with Playboy - went on to insist that rather than being against the role of Jews in Hollywood, he was actually an admirer of their contribution to the movie industry.

According to a statement published on Deadline.com, he added: ''If, during the interview, I had been asked to elaborate on this point I would have pointed out that I had just finished reading Neal Gabler's superb book about the Jews and Hollywood, 'An Empire of Their Own: How the Jews Invented Hollywood'.

''The fact is that our business, and my own career specifically, owes an enormous debt to that contribution.''

''I hope you will know that this apology is heartfelt, genuine, and that I have an enormous personal affinity for the Jewish people in general, and those specifically in my life.''