The English actor regrets striding into the Mel Gibson debacle. 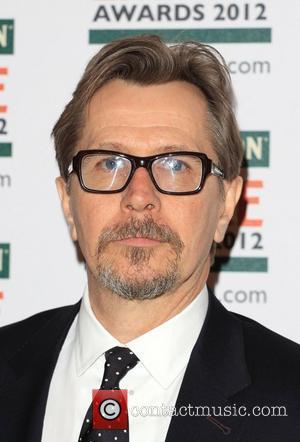 Gary Oldman has issued a "heartfelt" and "genuine" apology for comments he made in an interview with Playboy magazine which recently surfaced in which he appeared to be condoning or perpetuating anti-Semitic views by defending Mel Gibson's infamous 2006 rant against Jews.

The apology was issued as an explanation to the Anti-Defamation League and the Simon Weisenthal Center, in response to the ADL's charge that his words propagated anti-Semitic stereotypes.

"I am deeply remorseful that comments I recently made in the Playboy Interview were offensive to many Jewish people. Upon reading my comments in print-I see how insensitive they may be, and how they may indeed contribute to the furtherance of a false stereotype," began the JFK star.

Describing his own words as "unacceptable," the 56 year-old actor continued "If, during the interview, I had been asked to elaborate on this point I would have pointed out that I had just finished reading Neal Gabler's superb book about the Jews and Hollywood, An Empire of Their Own: How the Jews invented Hollywood. The fact is that our business, and my own career specifically, owes an enormous debt to that contribution," via Deadline.

More: Gary Oldman says he'd like to remake most of his films.

"I hope you will know that this apology is heartfelt, genuine, and that I have an enormous personal affinity for the Jewish people in general, and those specifically in my life. The Jewish People, persecuted thorough the ages, are the first to hear God's voice, and surely are the chosen people," Oldman wrote.

The magazine quoted Oldman as having ridiculed those who were offended by Gibson's remarks, saying "We all hide and try to be so politically correct. That's what gets me. I think it's like, take a f**king joke. Get over it. "We're all f**king hypocrites. That's what I think about it. The policeman who arrested him has never used the word n****r or that f**king Jew?"

More: 10 things we learned about Gary Oldman from his Playboy interview.

Gibson was arrested for drink-driving in 2006 and, after asking the police officer whether he was Jewish, said "F**king Jews. The Jews are responsible for all the wars in the world." The same police officer, James Mee, recently stepped forward to condemn Oldman's attitude towards the incident, taking offence at Oldman's suggestion that everyone is prone to using such insults from time to time.

"I'm Jewish and why would I say that to discredit my own religious makeup?" he said, adding "The N-word is a scary word. I would never even dream of using it. It sickens me that anyone would use that word." Gary Oldman Has Sincerely Apologised For Comments He Made During A Playboy Interview.