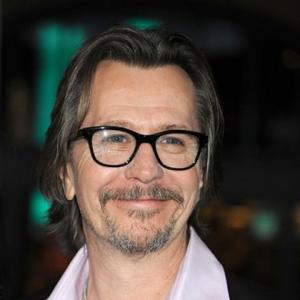 Gary Oldman is in talks to star in a film version of 'Tinker, Tailor, Soldier, Spy'.

The British actor would play George Smiley - previously played by Sir Alec Guinness in the 1979 TV series - in the adaptation of the novel by John le Carre.

Colin Firth, David Thewlis and Michael Fassbender are also believed to be in early negotiations for roles in the film, Daily Mail columnist Baz Bamigboye reports.

Tomas Alfredson is due to direct the movie - which tells the tale of a former British spy who is asked to come out of retirement to discover a Russian insider.

Gary, 52, is currently working on a number of big films due for release in the near future, including 'Harry Potter and the Deathly Hallows Part II' and 'Kung Fu Panda: The Kaboom of Doom'.

He is also believed to be playing the role of Jim Gordon in the third 'Batman' project, due for release in 2012.