British Actor Gary Oldman Has Finalised His Divorce From His Fourth Wife. 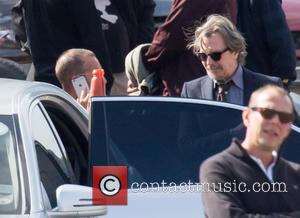 The Dark Knight star split from singer Alexandra Edenborough in 2014 after six years of marriage.

Divorce papers were filed in January (15), and now a judge in Los Angeles has ruled the union can be officially dissolved.

Oldman has agreed to pay Edenborough a settlement worth $3.3 million (£2.1 million), according to the Associated Press.

He will reportedly keep two of the former couple's homes, while the rest of their assets have been divided.

The stars married on New Year's Eve (31Dec) in 2008. Edenborough cited "irreconcilable differences" as the reason for the split.

She was Oldman's fourth wife. He was previously married to English actress Lesley Manville and Hollywood star Uma Thurman.

His third marriage, to Donya Fiorentino, ended in 2001.

Oldman has a son with Manville and two boys with Fiorentino.

The actor is currently keeping busy with a number of film projects.

He is currently shooting sci-fi drama The Space Between Us, about a young man raised by scientists on Mars who returns to Earth to find his father.

Oldman has also been working on a thriller called Criminal with Ryan Reynolds and Kevin Costner.