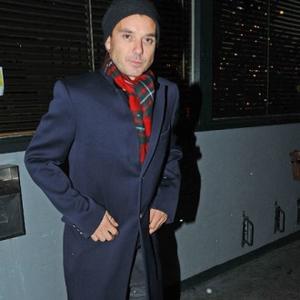 The frontman - who is currently on a world tour with his group after they reunited following their split in 2002 - thinks the band "couldn't be more normal" despite founding members Nigel and Dave Parsons deciding to quit last year.

He exclusively told BANG Showbiz: "I haven't even missed Nigel not being in the band. It couldn't be more normal. Nigel just doesn't want to work anymore, he's never coming back."

The 46-year-old rocker admitted the 'Swallowed' band - who are also made up of Robin Goodridge, Chris Traynor and Corey Britz - haven't felt the effects of the pair's departure which was shown when their London gigs in November sold out in four minutes.

Gavin - who is married to No Doubt pop star Gwen Stefani - added: "Our shows in London sold out in four minutes. They're only small but for it to sell out in that time is pretty intense.

"In a small humble way what we're doing is interesting. We're just going one stage at a time and trying to get it right, that's what I do. I'm so used to playing with Chris."