Gemma Arterton has revealed she avoids the internet and prefers reading magazines to blogs. 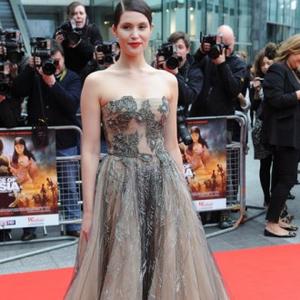 Gemma Arterton is scared of the internet.

The actress avoids the web and never Googles herself because she doesn't want to read criticism of her and her movies.

She told InStyle magazine: "I'm really rubbish with the internet, I try to stay away from it as much as I can. I read magazines more than blogs, but I'm terrible with trends. People come up and say to me, 'What's your style?' And I'm like, 'I really don't know, I just know what I like. And what I think is cool."

The 'Clash of the Titans' star isn't the only actress who has an aversion to computers.

Angelina Jolie is a self-confessed technophobe and often has to ask partner Brad Pitt for help turning on their computer.

She previously said: "I don't even really know how to turn on a computer, as Brad knows!"