Gemma Arterton thinks it is good when Baddies ''get killed'' in films. 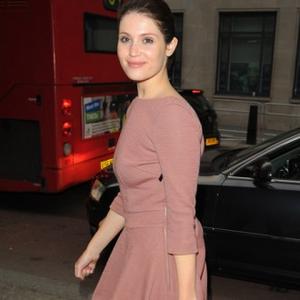 The British actress admits she was pleased with the death scene in her upcoming movie 'Tamara Drewe' because character Nicholas Hardiment (Roger Allam) - who is killed by a herd of cows which have been spooked by a dog - is not a pleasant man to his wife Beth (Tamsin Grieg).

She laughed to BANG Showbiz: "That's an amazing moment in the film actually because I think it suddenly turns into a Greek tragedy. It's in this valley and it's like this big western. And you see Tamsin running down the hill. It's really dramatic!

"Yeah, he's a baddie, so it's good that he gets killed. And then Tamsin gets to punch me in the face! Which is the only moment we get to really connect!"

Tamsin also loved the "brutal scene" because it is "beyond belief" and she likes the way it is offset by the way Bill Camp - who portrays geeky author Glen McReavy - runs away from the animals.

She said: "It's a fantastically brutal death. It's really, really shocking. And the fact that you can make something so brutal so funny.

"I mean, Bill Camp, running away from those cows and the cows are coming and he runs like a cartoon. The audience when we saw it in Cannes were beside themselves with joy and terror because it's beyond belief that you can get away with that in a film. It's absolutely ridiculous!"

'Tamara Drewe' is released in the UK on September 10 and in the US on October 8.