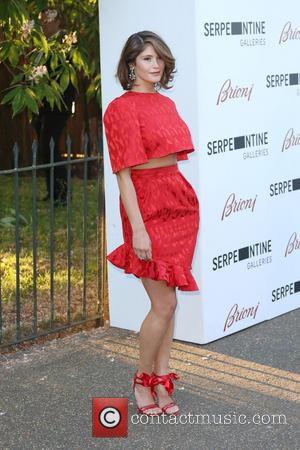 The former Bond girl was joined a host of musicians including The Who star Roger Daltrey, Rufus Wainwright, Sophie Ellis-Bextor and Rice's long-term collaborator Andrew Lloyd-Webber to celebrate the works of the Oscar-winning songwriter on Tuesday (08Jul14).

Arterton sang with an orchestra during the show at London's Southbank Centre, and she posted a picture of the stage on Twitter.com ahead of her big moment, adding, "My first proper public singing performance tonight. Here's me doing the soundcheck. No pressure..."

The tribute show, titled Tim Rice: A Life In Song, will be televised in the U.K. later this year (14).

Arterton will soon be showcasing her vocal skills on a regular basis in the Made in Dagenham musical, which opens in London in October (14).