Actress Gemma Arterton has admitted she won't even think about having children until she feel confident she has given the performance of a lifetime. 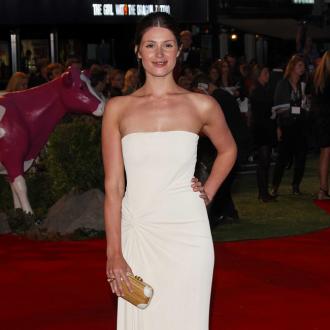 Gemma Arterton wants to wait until she's won an Oscar to have kids.

The 'Hansel & Gretel: Witch Hunters' actress - who it has been reported has split from husband Stefano Catelli after two years of marriage - intends to focus on her career for the moment and will only think about starting a family when she feels confident she has landed the award-winning role of a lifetime.

She mused: ''I don't think you can ever plan the right exact time. Look at the Oscars and pregnant women. You always see actresses winning Oscars when they're pregnant - Natalie Portman, Kate Winslet, Rachel Weisz, Reese Witherspoon.

''It says, 'I've don't it. I've done that role that's going to set me up for life.' I don't feel ready for kids because I want to know that I can come back and still be valuable to the industry.

''And that's only going to happen when I feel a little bit more accomplished. Or at least when I've accomplished something of which I'm proud.''

Despite the rumoured split, Gemma says she knew Stefano was The One the second they met in 2008.

The 27-year-old beauty wrote in her diary that he was the man she was going to marry, before tearing it out the page and showing him the heartfelt words just two weeks after their first encounter.

She told The Times newspaper: ''I just knew that he loved me. He was very open and maybe it was a crazy thing to do, but it was meant in a very heartfelt way, and I think it was very appreciated.''