The 'Emmerdale' star appeared on 'This Morning', where she spoke about her gym-oriented lifestyle and hit back at negative online comments about her physique.

Soap star Gemma Atkinson has said that she wants all women to feel comfortable in their own bodies, while speaking about her own fitness regime and cruel comments she’s received calling her “masculine”.

The 31 year old actress, who has held down the role of Carly Hope on ITV’s ‘Emmerdale’ since 2015, was speaking on ‘This Morning’ on Thursday (July 28th) and mentioned how she likes to lift weights at the gym to keep fit.

“I think what it is, with women who go to the gym and weight train think they're going to look masculine and butch,” she said. “When you do finish a session you are pumped up but in day to day life there is… I hate the saying real women should have curves I naturally don't, I'm straight up and down.” She continued by saying that much of the pressure to conform to a certain body size comes from the belief that it is what men want. “It's mostly from men who say women shouldn't have muscles. It's like me saying all men should have muscles. You should be how you want to be,” Atkinson said.

The Manchester-born actress has been a fitness fanatic for a number of years, and frequently takes post-workout pics for her social media accounts.

However, she dropped a lot of weight when she first emerged as a glamour model in the early noughties, revealing a few years ago that she was often picked on at school and called “thunder thighs”.

The few comments she does still get are from men who feel jealous, she says. “I have changed my body and they clearly want to as well,” she told Closer magazine earlier this week. “Sadly, they don't have the same drive and willpower so they put me down. It's so petty.”

Speaking to presenters Ruth Langsford and Eamonn Holmes, elaborating on that point, she said: “Now I realise that anything you want to do, you can do in the gym and you don't need to resort to surgery.”

More: Blac Chyna hits back at trolls commenting on her maternity style 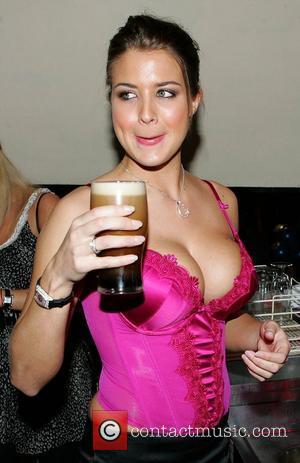 Frankly, this thriller is a bit behind the curve in its storytelling, so even though...