Posted in Press Releases on 06 December 2013

Rock Legend and media mogul, Gene Simmons will mentor and jam with campers along with fellow rock star friends at Rock 'n' Roll Fantasy Camp offering an opportunity of a lifetime at its Las Vegas studios. The camp will also feature Tommy Thayer (KISS), Sebastian Bach (Skid Row), Steve Stevens (Billy Idol), Dave Ellefson (Megadeth). Together alongside Simmons, they will help musicians of all levels form bands, learn or perfect their knowledge of an instrument, write and record a song. The four day camp will culminate with a live performance at the House of Blues at the Mandalay Bay Resort and Casino in Las Vegas March 27-30, 2014. This March marks Simmons' return to Rock 'n' Roll Fantasy Camp for the first time since his October 2012.

"Mentoring adult and young rockers at the fantasy camp has always been an amazingly rewarding experience for me," said Simmons. "I enjoy teaching and handing over lessons I've learned from the business to young and upcoming talent''

Formed in New York City in 1973, KISS is one of the most successful rock bands of all time and was recently nominated this year for the Rock 'n' Roll Hall of Fame. Simmons, the band's original bass player and co-founder, is credited with writing many of the band's songs including "Nothing To Lose," "We Are One," "Shout It Out Loud," and "Domino" to name a few. He also owns a record label, Simmons Records, and is known for his innovative marketing of his band and his TV series, "Gene Simmons Family Jewels."

About Gene Simmons:
KISS co-founder and lead singer, Gene Simmons, is a multi-hyphenate entrepreneur and one of the world's most recognized personalities. His many titles include rock legend, TV Producer and star, writer, lecturer and most notably, a businessman.

Simmons co-founded the legendary KISS almost 40 years ago. The band has sold over 100 million records worldwide, and continues to sell out stadiums and arenas around the world, breaking box office records set by Elvis and the Beatles, and boasting over 3,000 licensed / merchandise items. In October 2012, the band released the 20th studio album to date, Monster, which debuted in the top 3 of the Billboard charts within its first week.

Outside of his music business endeavors, Mr. Simmons co-starred with his wife and children on A&E's, "Gene Simmons Family Jewels," which aired nine seasons, making it the longest-running celebrity reality show. He has also completed two seasons of VH1's 'Gene Simmons' Rock School'.

As a successful businessman, Mr. Simmons is a Co-Founding Partner in Cool Springs, a life equity strategy company that provides estate planning for high net worth individuals whose earnings exceed $20 Million.

Other entrepreneurial accomplishments include his own record company, Simmons / Universal Music, a joint venture with Universal Music. He also has his own book imprint, Simmons / Phoenix books, which published his NY Times Best Seller, Sex Money Kiss, the LA Times Best Seller, Ladies of the Night and the upcoming new book, 'Me, Inc. Additionally, he created his own line of comics, Simmons Comics Anthology, through his own Simmons Comics/Arcana, which he recently launched at San Diego's Comic Con 2012.

About Rock 'n' Roll Fantasy Camp:
For our campers, this is a life changing experience. Some of the campers play well and even gave up careers as musicians to become CEOs and lawyers. Some campers can't play at all. What they all have in common is passion for rock music. At Rock 'n' Roll Fantasy Camp they all get to pursue their passion - and meet, and play with the artists who became the soundtrack of their lives. It has been a fantastic experience for all of us who have been able to witness it for the past sixteen years.

David Fishof is the founder and creator of the famed Rock 'n' Roll Fantasy Camp where rock dreams become reality. The idea came to him after years of producing rock tours throughout the word. He's been honored to work with veteran rockers, Roger Daltrey, Levon Helm, Joe Walsh, Roger Hodgson, Todd Rundgren, Jack Bruce, Dr. John, Randy Bachman, and so many more. He feels fortunate to have seen their talent first hand. David's desire to share this experience with you, gave him the inspiration to produce the one-of- a-kind, Rock 'n' Roll Fantasy Camp.

Rock 'n' Roll Fantasy Camp welcomed a new president this past year, Mr. Paul Davis. Prior to joining RRFC, Paul served for over six years as Vice President of Entertainment at the Hard Rock Hotel & Casino, Las Vegas where he was instrumental in a number of successful entertainment programs including the launch of the new Joint and residencies for Def Leppard, Motley Crue and Guns n' Roses. 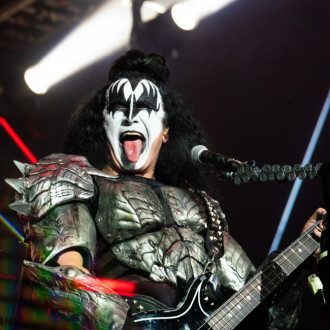 Gene Simmons: ‘Artists shouldn't give a f*** if they’re on Rolling Stone magazine’s 200 Greatest Singers Of All Time’ list’