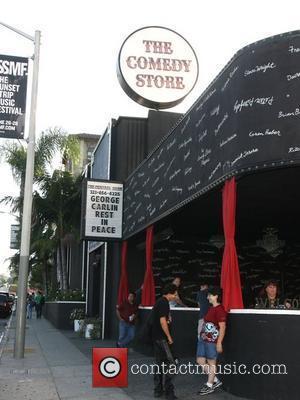 Picture: The Comedy Store on Sunset Blvd pays tribute to the great comedian George Carlin after the announcement of his death Los Angeles, California - 23.06.08

The JERSEY GIRL star was hosting pal Johnny Carson's top-rated The Tonight Show when the KUNG FU actor was a guest - and he admits he was as high as a kite.

Carlin, who is now drug-free, says, "I believe he was tripping on acid. My memory of it is this: I would ask him a question and he would answer the next question.

"I would say, 'So how are you going these days?' And he'd say, 'Uh, my two brothers...' or he'd say, 'a Chevrolet,' and a question about a car would come into my head. I'm sure it was the coke playing tricks on me.

"I ran into David once and asked him about it, and he looked at me like I had a turd hanging out of my head." 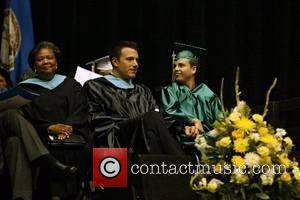