Clooney: 'Fabio Could Easily Have Beaten Me In A Fight' 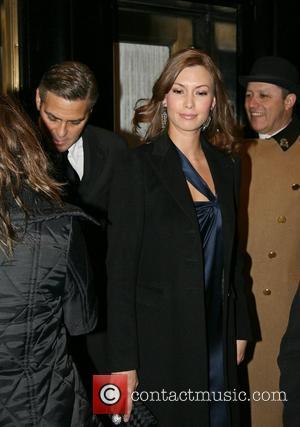 George Clooney is grateful his angry encounter with actor Fabio in a Los Angeles restaurant didn't result in a fight, because he's convinced the Italian would have beaten him up. The pair exchanged angry words at eatery Madeo in November (07) - Fabio claims he was forced to take action when a female dining companion complained to him that fellow diner Clooney had called her "a fat cow". Fabio - real name Fabio Lanzoni - later said, "I could have f**ked him up. Oh my god, I could have beaten the s**t out of him. I am still so p**sed at him." And Clooney agrees, admitting the humiliation of losing a fight with Fabio had crossed his mind. Clooney tells American magazine Esquire, "He's a big guy. There is a moment when you are actually in the argument and you're thinking, 'If I do get beaten down by Fabio, that will be far worse than the pain. I wouldn't shake that.'"