George Clooney will play the lead in Brad Bird's super secretive Disney film, originally thought to be about aliens but now looks likely to be based upon a futuristic-themed area of Walt Disney World Florida. 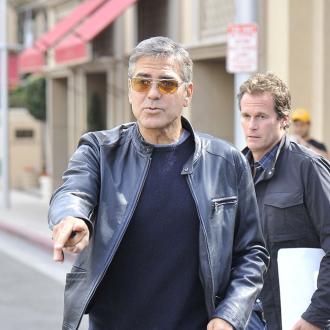 The 51-year-old actor has been confirmed to star in Brad Bird's ''ultra-secret sci-fi project'', which was originally known by the working title '1952', according to Entertainment Weekly.

Jeff Jensen and 'Prometheus' writer Damon Lindelof will produce the project along with Brad, and the pair have also penned the script, originally thought to have similarities to Steven Spielberg's cult 1977 film 'Close Encounters of the Third Kind', which sees a man make contact with aliens on planet earth.

However, Damon posted a picture of a box of Walt Disney's personal archive labelled '1952' on his Twitter account last week, with the caption: ''The Box... opened''.

After stirring up fans' curiosity, Damon quashed previous reports the film would be an alien invasion movie. The news could support theories it will instead be based on the Tomorrowland section of the Magic Kingdom theme park at Walt Disney World Florida - a Jules Verne-inspired vision of a future that never came to fruition.