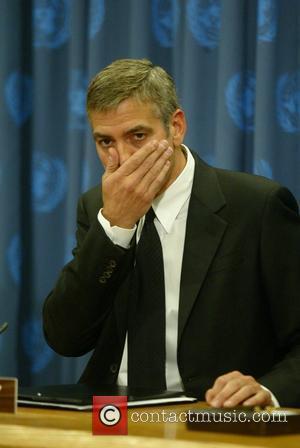 The actor and United Nations messenger for peace and Mr Brown got together to discuss the crisis in Darfur, reports the BBC.

George told the news provider that a "wonderful suggestion" for buying peacekeeping helicopters had been made at the meeting.

He also revealed that London could be the location of talks between the Sudanese rebel leaders.

Mr Brown added that he was "grateful" for the manner in which George has worked to draw attention to the crisis.

The Oscar-winner was in London for the premiere of his latest film LEATHERHEADS, which marks his directorial debut.

RENEE ZELLWEGGER and John Krasinski co-star in the movie, in which Clooney plays a football hero who gets involved in a love triangle with Renee's reporter character.

According to figures from Forbes magazine, the movie, which cost $58 million (£29.4 million) to make, only brought in $13.5 million (£6.9 million) during its opening weekend in the US.